Yesterday I was doing one-to-one English lessons with some key staff at a local company.

I’ve been going there each Tuesday for over two years and some of the students I work with have done forty or fifty lessons with me.

One advantage of one-to-one lessons, whether face-to-face at your workplace (or online via Skype with a club teacher), is that the student gets to talk a lot.

Another is that, given a competent teacher, the topics covered and materials used can be personalised to a student’s needs and interests.

However, while fifty hours of lessons tailored to your strengths and weaknesses might sound like a lot, it ain’t necessarily so.

Granted, it might be the equivalent of spending a couple of weeks fully-immersed in an Italian speaking environment, which I’m sure would do you good.

Or perhaps taking a month’s worth of full-time group classes at a language school in Italy.

Either should result in a noticeable improvement – perhaps a half a level, or even a level – and will certainly make you more confident of your ability to understand the language you’re learning, and express your thoughts in it.

It certainly has for me.

I’ve done over fifty hours one-to-one Swedish lessons, via Skype, and have gone from ‘not speaking at all’ to ‘being able to chat away’ (if with zero accuracy) on some of the many topics that interest me.

So what’s the problem?

Some of my students have been learning English for decades, often since they were at school, where they may have had FIVE OR SIX HUNDRED HOURS of learning grammar rules and so on.

Followed by various courses taken as adults, at a potpourri of different schools, with multiple teachers.

I’m like a doctor who gets called in the final minutes of life, after all the other medical staff have had a go at curing the patient but failed.

My students have had years and years of hearing from teachers that, if they only tried a little harder to understand the difference between this tense and that tense, they’d finally be able to crack the language.

And they absolutely, definitively believe it!

So what they want, ideally, is a miracle drug, one that works when the others didn’t.

There was nothing wrong with the approach, just the results.

If I could just, please, explain one more time the difference between ‘I have studied’ and ‘I studied’?

Sure, I’d be delighted to devote your hour-a-week to going over, yet again, the famous Present Perfect, which no one ever understands.

If nothing else, it proves I know my stuff. But then?

Then I have some questions to ask you…

“Do you read much in English?” I ask, “Do you watch TV series in English on Netflix?”

I check the boxes with the predictable replies: ‘No’, ‘No’, and also negatives to all the other habits that succcessful students have.

OK, I summarise, so if I’ve understood this correctly: you want to learn the grammar, but rarely if ever read or hear the language, so you have no context and nothing that will help reinforce whatever glimmer of understanding you may achieve through studying?

And you believe that, until you’ve mastered the grammar of the language, you can’t / shouldn’t / won’t take the risk of actually using it?

Got it in one!

Forget what all the other teachers said, forget about grammar, at least for now, and start reading and listening to the language every day.

As much as possible.

And don’t worry about all the words you don’t know.

You have to start eating well, and exercising, OK?

In a month or so, you’ll feel much better.

“But if I don’t know the grammar properly, how can I ever understand more, and speak better?”

(If all the other teachers thought that grammar was so important, why should I take a risk and listen to you saying the opposite?)

“Did what you were doing before work out well for you?” I ask sweetly.

If so, then keep doing it, be my guest. I’ll teach you grammar until it comes out of your ears, and good luck with it.

The course was a waste of time?

You studied the ‘rules’ but still couldn’t speak fluently, as promised in the advert.

As I said earlier, most of the time, with most people, it’s ‘come parlare al muro!’

But then, now and again, I meet someone who’s actually desperate enough to give my advice a try.

The one in ten, one in fifty, one in a hundred, who is willing to put aside the pills that didn’t work before and try the ‘diet and exercise’ approach.

Like Pietro, for example, who I had an enjoyable chat with yesterday.

He’s a senior manager, about my age, though richer and much better-dressed.

Apart from the fine restaurants and the winter sports, we have similar interests – principally moaning about the state Italy is in.

Pietro is doing listenings in his car as he commutes to work and home again.

His focus is on listening. Getting the maxium English into his head that he possibly can in the time he has available.

He studies every day.

Even at weekends, which marks him out as a student in a million.

A year or so ago, his company took on some foreign partners, so now Pietro has to go to meetings with people at his own level of seniority in other European countries.

The lingua franca at these meetings is English. And the other participants are advanced-level, to a man/woman.

At first, poor Pietro understood little or nothing.

But now, a year or so later, he gets most of it.

And worries a lot less.

And his speaking has improved, too.

It’s as if the English he listens to in his car, by some miraculous geological process, filters down gradually from ear-level, percolating the lower regions of his brain until, eventually, it pops out of his mouth.

Conversations with Pietro used to be painful, in the sense that it was depressing to see how it hurt and frustrated him not to be making progress.

He’d often mention colleagues whose English was so much better than his, or courses he’d done which didn’t produce the expected results, and so on.

Now, though, he’s got it figured out.

With the investment of a little time and energy each day, he’s finally achieving the results he’d hoped for.

The international meetings are less of a challenge now. In fact, the whole process seems to have become quite fun!

I claim no credit.

Or none beyond the credit for not wasting his time by teaching him the same old thing he’d done many times before.

The rest he did himself.

But remember – reading and listening are like diet and exercise.

Talking of brick walls, I have something new for you:

Parlare (To Speak, to Talk)

It includes the ‘brick wall’ expression, and others.

(You can find recently published materials on the ‘New‘ page, in the menu of the club website.) 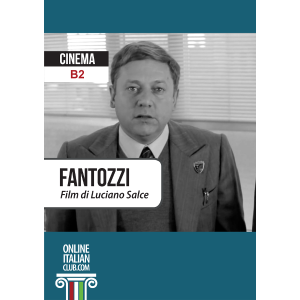 What could you do with that extra two quid, I wonder?