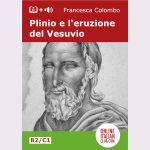 Buondì. Just to clarify something – I’m ‘retiring’ (with no pension) from teaching English, not from the various other things I do. Those include writing these articles, SELLING EBOOKS, being the person who’ll go to jail if our Italian school inadvertently breaks any laws, and, um, getting bitten by agressive toddlers (Sunday’s highlight!) So no […]

Buondì. I’m approaching the end of a thirty-year career attempting to teach English to people who, mostly, had no real idea how to learn, other than repeating what had already not worked very well (studying tenses, and so on…) Since 1998, those people have mostly been Italians, who, frankly, are some of the worst students […]

Buondì. The weather’s rather hot in Bologna, where I live, and that’s been trying everyone’s patience. For which reason, Roomie and I were out of the house early on Saturday and Sunday morning, with the aim of leaving my wife a little time to knit. The longer we were gone, the better. We plodded to […]

Buondì. This week I have another half-price ‘Ebook of the Week’ for you. The level is A2/B1, so lower than recent publications. Check out the Free Sample Chapter (.pdf) to see if you might enjoy it. N.b. The audio for the WHOLE STORY is available, completely free, online. No purchase is required to listen to […]

Buondì. Sometimes I take a break from language-learning because, well, life just gets in the way. Or because I’m tired. I guess everyone’s the same. But the sad thing is that some people stop with their Italian, or other languages, and never restart. There’s the fear that everything gained will have been lost. It’s too […]

Buondì. Yesterday evening I was teaching, or trying to. It’s been my career, if I can describe a series of badly-paid temporary jobs that way, for more than thirty years. For the first twenty or so, I firmly believed that if I worked hard enough, found the right materials, hit on the correct approach, and […] 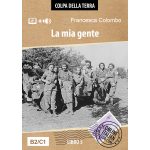 Buondì. This morning I published the final ebook in our five-part series about an Italian family that migrates to the USA. Colpa della terra, Libro 5, La mia gente, like Libro 4 is B2/C1, so upper-intermediate/advanced. And as usual the first week, it’s disounted 25%, so £5.99 rather than the usual ‘easy reader’ price of […]

Buondì. “I’m a beginner. Where should I start?” I get this a lot, but there isn’t a single answer. Possible responses could be: Make a study plan. In particular,  decide WHEN you’ll do learning activities (whatever they turn out to be) and for how long. Schedule a few short sessions at times, on days of […]

Buondì. An email exchange this week: “Your learning facilities look really good… I’m disappointed I can’t use them.  I have tried on my two different iPads and my iPhone to join but no luck. I haven’t received an email to verify so it seems I can’t join up either. (The email is not in spam […]

Buondì. On Saturday evening, when about to sit down for dinner with my son (Tom, voice of EasyItalianNews.com ), the women of the family having gone to the coast for the weekend, I carelessly knocked over a bottle of white wine. I guess I must be getting a little doddery. A glass or so sloshed […]