Capitolo 6 of our ‘riassunti’ of Umberto Eco’s ‘Il nome della rosa‘ is now available on our website, here. It’s an exciting one! You should take a look.

Previous chapters are listed on our Literature page. Each has a simplifed text, a glossary of ‘difficult’ terms with English translations, and a comprehension exercise.

Plus, if you scroll down, you’ll find lots of interesting comments from book-clubbers who are reading either Umberto’s actual 533-page text (as I did) or our summary of the story (which is a lot better than nothing at all.)

If you haven’t yet taken a look at this current project, please do: Literature page

Anyway, so one of the points of encouraging club members to read an actual Italian book, is to help them learn that such things are possible – that language study is not simply about tenses and vocabulary lists, but that it includes such things as the development of ‘skills’ and ‘experience’.

And in part that means learning what NOT to do, hence the title of today’s article, ‘Why is using a dictionary as you read a dumb idea?‘

The short answer is ‘because I say so, and I know’ but I don’t suppose that’ll be enough to convince you.

So click on Capitolo 6 and scroll down to the comments section, where I explain myself. 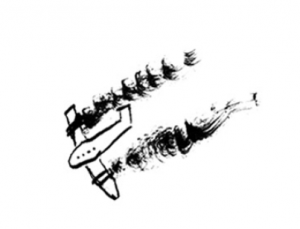 Many thanks to the four or five extremely cultured people who exercised their exquisite taste and bought (with real money!) a copy of my .pdf ebook of poetry, NO PERMIT’S REQUIRED.

No thanks whatsoever to the particularly irritating person who wrote to demand that I remove the apostrophe from the title A.S.A.P. (as soon as possible!!!) and went on in later emails to insist that by refusing to admit that it was a mistake I was disgracing both myself and the good name of my language school (currently locked down…)

Now if it was me, specifying the words to be inscribed in a rubber stamp to be used for granting permissions for things (click here if you have no idea what I’m on about), obviously I would choose ‘No Permit Required’, or as the infuriatingly stupid woman continued to insist (“Obviously it’s a plural noun!”) ‘No Permits Required’.

But actually, the rubber stamp image was Anya the designer’s idea, and she got the text to be stamped on things from the poem which lends its (see I do know when not to use apostrophes) first line as the title of the ebook.

Anya is a Russian and Hebrew native-speaker, with excellent Italian and decent English. And the rubber stamp idea was a great one. But who would put an apostrophe in a rubber stamp, really? (Though that is what she correctly copied from the poem.)

And given that she was working for peanuts, and had spent simply ages on the illustrations in the ebook (you really should take a look at the free sample chapter (.pdf),  I didn’t have the heart to ask her to do the cover again, at the last minute, when she thought she’d finished, just because of one punctuation mark, which isn’t wrong anyway (just a little out of place…)

Anyway, I lost my temper with the maddeningly stupid but persistent club member and was extremely rude. We poets are a tempermental bunch.

People are always asking me (not really) which is my favourite poem from the ebook. Actually, there are a dozen or so that I really don’t like, and wish I hadn’t included, but also lots that I was, and continue to be, really pleased with.

I figure, if they entertain me, then there must be at least SOME other people out there with a similar sense of humour.

So below is a ‘favourite’ that isn’t in the FREE sample chapter (.pdf), in fact it comes near the end of the ebook. In these uncertain times, I hope it helps…

How to survive an aviation disaster

The pilot’s gone cross-eyed
pressed ‘down’
instead of ‘up’
his helper’s on the john
not in his seat
the flight attendants
selling scratchcards
& soggy burgers
fail to notice
something’s wrong
An engine falls away
and then another
We’ll land on water
and all drown
or choke in smoke
or burn to death
Oh God!

Try first my patent
‘monsters under the bed’
method,
which works like this:
pretend, eyes closed,
there’s nothing there
think hard of Christmas
monsters aren’t inclined
to eat people thinking that,
you must be scared
or won’t taste good
The wings won’t fail
if no one’s looking,
see?

Second technique –
use only when things
really do look bad –
a mountain looming
in the dark
collision imminent
Think of taxes
creeping cancer
broken hearts
Sudden death
sounds rather better
don’t you think?

*In the extremely
unlikely event
that your name
or worse, mine,
appears on a list of
aircraft disaster fatalities,
you are advised
to seek legal advice
regarding the validity
of this warranty