It rained all day yesterday, so I’m counting myself lucky to have survived.

Why is that, you wonder?

Because when it rains here in Bologna (it doesn’t happen that often), people take their cars, rather than walking, cycling or standing in line for a bus.

Which means there’s more traffic to contest with, as I commute to school and back on my aged German motorcycle.

You’re not following, I know, but if you lived here, and drove, you’d soon know the unwritten rules about driving in the rain as well as anyone else.

As soon as the first drops fall on your windshield, all the usual norms of courteous and safe driving can be abandoned.

It’s as if, for example, the three-minute warning of an impending nuclear attack had sounded. Naturally, you slug your odious boss on the nose, then leap into the arms of an attractive colleague, so as to make the most of your final 170 seconds.

Rain has that effect on Italian drivers – I’m not exaggerating!

They speed up, which takes some doing, and which means that there’s even less time for niceties such as signalling to oncoming traffic that you’re about to turn across their path, stopping so umbrella-wielding old ladies can cross the road, and so on.

Your car is getting wet! What worse thing could happen? A dead or injured motorcyclist really doesn’t enter into the equation. You might regret it if it happened (not as much as I would, matey) but certainly won’t go out of your way to prevent an accident. It’s RAINING! Don’t you see???

This is an example of an unwritten cultural rule, in the broadest sense of the word ‘culture’, meaning how people in a group behave. There are dozens of them just for traffic (I could write a book!)

Unwritten cultural rules, for they aren’t laid down on any stone tablet, exist in every aspect of human life, ranging from what people eat and drink, at what time of the day, where, and with who, to how you should dress, to which taxes are fair game to evade (many books, then…)

Move to another country, or even visit one for long enough so you stop feeling like a tourist and begin to participate in what’s actually going on around you, and you’ll realise that much of what you thought you knew about this messy business of living is suddenly of little use.

Worse, because norms of behaviour are usually not stated, it can be difficult to realise that it’s you that’s out of line, rather than everyone else. Which is very frustrating.

When a traffic light (UK), that is to say a stop light (USA), changes from green to amber, of course you should accelerate to get through the junction before it goes red (shortly after is OK, too, unless there’s a camera monitoring the crossroads…)

If, instead, you slow down on approaching the junction with the amber light, so as not to endanger other drivers, don’t be surprised if whoever’s behind you is unprepared, and infuriated!

You will have behaved unexpectedly, causing them to slam on their brakes when they were about to accelerate, and that extra thirty seconds delay, waiting for the light to turn green again, might have made them late for work.

That’s unforgivable! Italian office workers typically have to clock in with an electronic card on arrival at their jobs, before heading to the bar or coffee machine for a coffee and brioche. You’ve held up breakfast!

“Let’s meet at Giuseppe’s at eight and we’ll go for a pizza”, actually means you should arrive at his place at some point between eight ten and nine o’clock, and not be surprised if you don’t actually get to sit down and eat until at least a couple of hours later…

Not knowing how things work, you suggest actually meeting at a pizzeria, so as to avoid the hours spent hanging around, and becuase you desperately need several beers after driving your motorcycle through a series of rain-drenched scenes from the apocalyptic movie Mad Max.

The hanging around is the POINT, a feature not a bug.

Italians call it ‘stare insieme’, ‘being together’, and no matter if that happens in chilly parking lot while waiting an hour for Mariarosa to turn up, rather than sitting in a snug eatery with a cold alcoholic beverage in your mitt. In fact, they prefer it that way.

Showing hunger, thirst or impatience is not a good look and, in any case, people simply won’t know what the problem is. Eating and drinking are not more important than catching up on your friends’ news and being polite.

But we could do that WHILE eating and drinking, you object. And yet, no…

So, this is an extended way of warning you that, when learning a new language, you will need to adapt to the fact that it is different (language is a cultural artifact too, of course) from what you are used to.

Well obviously, you say. But no, it isn’t so obvious.

Just as there are a bunch of behavioral norms that govern how you should drive your vehicle (for example: driving 360 degrees around a roundabout/traffic circle, in the outside lane, without using your indicators/turn lights to signal your intended course) in addition to the ‘codice stradale’ (highway code), so too are there both unwritten and written rules governing the use of language.

You’re familiar with the concept of grammar rules, I’m sure. Too familiar, probably. Those are the ‘written’ rules, and as with the ‘codice stradale’, once you have your license, you can ignore them.

It’s the unwritten stuff that counts, such as the important matter of what you may say, to whom, and when. And what you should not say, even if that’s what you might say if you were speaking another language.

But let’s get technical and briefly consider the actual mechanics of conversation – who begins, how you ‘take turns’, how you interrupt or don’t, plus dozens of other ‘functions’ that can potentially be different from what you do and how you do it in your native tongue.

Think of a telephone conversation, and how you might end it – the part between mid-conversation and the actualy ‘bye then!’ How do you signal that the time for the conversation to wind down and end has arrived? Or recognise that the person on the other end of the line (or Zoom call) is signalling that?

‘Cultural knowledge’, which I broadly define as that corpus of things that people in a defined group (Italians, Italian drivers, Italian office workers) ‘know’ and expect others in their group to ‘know’ too, whether consciously or subconsciously, is fundamental to fitting in, and to successful communication.

“I don’t want to fit in, just to be able to say what I think”, people often object at this point.

Yes, well, you’ll be popular. Bet you’ll make lots of new friends to practice your Italian with! Not.

But seriously, why would you want to go to all the effort of learning a language, if you had no desire to ‘fit in’? It’s a major investment of time and effort.

So how best to learn a lifetime’s worth of Italian behavioral tips and tricks, both linguistic and non-linguistic?

There’s no better way than to interact with people, to be part of a group, at least to some extent, even if at first you’re a square peg in a round hole.

Cause if you’re not in there, down and dirty, you’re not going to find out how things are done, are you?

Simple example – I often hear Americans say, when something bad happens, that they’ll pray for those suffering. When I was ill, several people emailed to say they were praying for me, which I appreciated. Because I’m used to it.

But tell an Italian that you’re praying for them and they’ll smile politely and assume you’re insane (there are religious Italians, but they’re very much the exception, rather than the rule.) Here, you might be advised to meditate, or see a shrink, but no one’s going to tell you to pray.

Another example – Brits of my generation swear (use cuss words) a lot. It was forbidden when we were kids, so as soon we were no longer kids, we took every opportunity to demonstrate that by ignoring the norms our parents lived by. So creating a new norm, by the way – that’s how cultures (and language IS culture) change.

Yet cuss words, even if they can, technically, be translated, don’t really translate – there’s too much cultural baggage.

And anyway, Italians don’t cuss much, or when they do, they’ll use subsitute words like ‘cabbage’ instead of ‘ca**o’, just as people used to say ‘sugar’ instead of ‘sh*t’, when I was a kid. You can swear, if you must, when you’re with friends of the same age and sex, but best not to overdo it, and certainly not in front of anyone’s mom.

So when, yesterday, some absoute ******* ***** turned his shiny Audi across my path, nearly killing me and causing me to lift my visor and scream abuse at his rapidly disappearing tail lights, passersby, and the ***** himself, were doubly bemused.

What’s problem? Why is the foreigner so upset??

Don’t forget, there’ll be no EasyItalianNews.com bulletin tomorrow, or on Tuesday for that matter. There’s an explanation at the end of yesterday’s bulletin, which subscribers will have already received by email, and everyone else can read on the website. 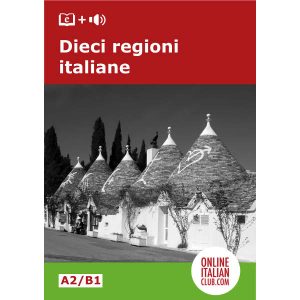 How do I access my ebook? (99 people have told me this week that they didn’t know this…)

When your order is ‘completed’ (normally immediately after your payment is confirmed), a download link will be automatically emailed to you. It’s valid for 7 days and 3 download attempts so please save a copy of the .pdf ebook in a safe place. Other versions of the ebook (.mobi/Kindle-compatible, .epub) cannot be downloaded but will be emailed to people who request them.