No, I’m not (on this occasion) being sarcastic. 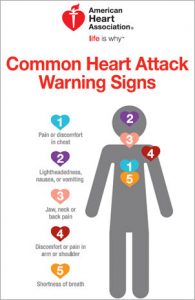 If you’re visiting Italy, and suddenly start feeling rather odd, then you should call an ambulance.

But which emergency number to use?

Italy has a variety to choose from.

We used to have a list stuck to the phone at home, just in case my wife dropped an iron on the baby’s head again.

But who has a phone plugged into the wall of their house these days?

So it’s become necessary to remember them.

When I was a kid in the U.K. there was just the one number, 999, which was impossible to forget.

They still use it, but also take calls on the standard European emergency number, which is 112.

I reckon the Brits could probably have avoided the whole Brexit disaster if they’d campaigned against the threat to their traditional 999 from the souless, and frankly less than inspiring, 112.

Leaving everything else as it was.

But anyway, back to who you should call if you need emergency medical help in Italy.

There are lots of numbers to choose from besides 112.

My Italian wife (the one who puts hot irons some place high up, so the baby can’t get at them) suggested I think of infinity.

Thanks, but no thanks.

You want me to think about dying when I’m having a heart attack?

Turns out that, well-educated graduate of an Italian ‘liceo scientifico’ that she is, she meant I should think about the infinity SYMBOL.

I didn’t even know it had one, but there you go.

Visualize an eight, but lying down, as if it’s been laid low by a blockage in a coronary artery and is waiting for the ambulance guys to arrive.

Wikipedia tells me it’s sometimes known as a lemniscate.

(Now watch that hot iron or, when the baby pulls herself up on our cheap, unstable Ikea bookcase, it might just tip off and fall, point downwards…)

What about the police and fire brigade?

Houses don’t burn down in Italy, I’m told, so unless the cat’s stuck in a tree, who cares?

And everyone knows that the police won’t do anything but demand to see your identity card, then copy out the details laboriously by hand, in duplicate!

However, if you’d really like to know, the numbers are included in today’s tidied up vocabulary lesson, along with a variety of useful words for emergencies.

There’s even a listening.

That said, as there’s a text to complete with words from the lesson, it’s useful no matter what your level is.

Too difficult or too easy?