I’m on holiday in Cornwall, England, which it’s rather trying as the Internet connection is intermittent at best.

Part of yesterday afternoon was spent on the broadband helpline with a very nice guy in Kolkata, India. It’s monsoon season there.

The rest of the afternoon saw me standing beside one of the local pubs (they generously post their WiFi password in the front window, visible to anyone passing), replying to e-mails from the team back in Bologna.

Guess I should’ve just gone in and had a beer.

Anyway, you’ll forgive me if I keep this short today.

Here are two more exercises from the ‘bits and pieces’ pile. The first is pretty simple, despite being a hated gapfill. (If you don’t know the conjunctions, look them up before you begin.)

This next one, on the other hand, covers one of those things I thought I knew. It’s a dropdown menu exercise, which I normally prefer, especially when there are only two options.

But I got just six out of twelve!

A monkey could have done as well.

It was all the ‘ci si’ stuff that confused me. Stefi says it’s because some of the verbs are reflexive…

So watch out for that.

If you’d like to brush up on this stuff, there are two lessons on it in our free Italian Lessons series – nos. 12 and 34.

Oh, and here’s the usual reminder about our ‘Book Of The Week’ offer, which ends on Sunday night sometime. 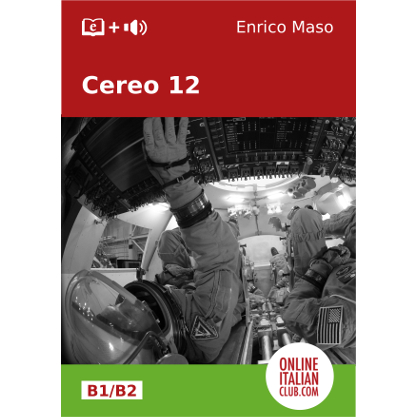