Before beginning this article, I replied to an email from a former student of mine from ten or more years ago – an Italian girl, who needed to pass an exam so she could study at an American college.

She’s no longer a girl, has been back in Italy for years, and is now mom to a young child. She and her husband speak English with the kid and, so far so good, she writes that the little one is happier speaking English (the US version, presumably) than Italian.

But now she’s wondering how to proceed – the local (Italian) public school? Or an expensive bilingual alternative?

There are pros and cons to each, of course. Italian public schools aren’t renowned for the quality of their English lessons, though they’re better than they were.

And yet the private alternative is a major investment of cash. Worse, by NOT sending her child to the local schools, what might they be losing out on?

Involvement in the local community, for example. The kid having friends who live nearby. And two really important things – if the little girl doesn’t start in the Italian education system, with all its flaws, she’ll find it harder to do so at some future point, if the private school alternatives become unaffordable, or aren’t suitable. And after all, the child is Italian, so would presumably benefit from studying IN Italian, even though the system isn’t perfect. From school you get ‘cultural knowledge’, both the official sort and the unofficial…

I reassured the mother that she already made the right choice, several years back when the little girl was a newborn – to speak to her in English, to create an ADDITIONAL language community in her very own home. It’s worked out well, by all accounts. The family seems to feel good about it, and the results have been what they hoped for.

So if it isn’t broken, why fix it? Go for the obvious, and cheaper, option of the local public school, I suggested, and appreciate all the benefits that her child, any child, can derive from that. My kids have done OK, I reassured her. They’re bilingual, were successful in the Italian education system, despite its flaws, and they have a bright, post-pandemic future! Fingers crossed!

Choice 1, decide to speak English at home with your baby. Choice 2, don’t deny the kid the chance to grow up in another language community, too, the one outside the family home. Support the child with her (future) schoolwork, but provide lots of English input – so films, games, family conversations – as well.

The result? Likely it’ll work out as the parents are hoping for. Their daughter will have the priceless advantage of being bilingual, which will give her confidence, and bring opportunities that her peers may not so easily take advantage of.

Good choices can be ‘good’ in the sense they result in some additional benefit but without necessarily imposing a corresponding cost, whether in terms of money, time, or results.

Bad choices may be ‘bad’ because they don’t lead to a successful outcome, or because they impose unsustainable demands on your finances, or time, or motivation.

Some options will be ‘good’ or ‘bad’ according to the circumstances, which will, of course, differ from person to person. Studying at a college in the USA I assume worked out well for my former student, and put her in the position to pass the benefits on to her baby.

Whereas for my kids, it would have been unaffordable, perhaps offer less benefit (they were/are already bilingual), and would have cost them the chance to profit from the occasional bright spots in the Italian education system.

One of my daughters is at medical school now. Club members in the USA might be interested to hear that the tuition fees are means-tested according to the parents’ income (mine is low as I spend too much time writing articles for free), with the result that we’re paying just a few hundred euros a year for the privilege of one day having a ‘medico in famiglia’. Students at her university travel for free on public transport, and (when there’s no pandemic) eat subsidised three-course meals in the student canteen for the equivalent of just a couple of dollars.

Turning to your choices, re. learning Italian…

The ‘good’ ones, remember, will ‘cost’ you little, pay back more, and ideally, reinforce each other, so the cumulative benefit is greater.

Another feature of ‘good’ choices is that, like good investments, they’ll pay off more the longer they are maintained. It might matter little which book, or course, or app, or technique you adopt right now.

But what will certainly matter is that, whatever you do, you establish a HABIT of doing it, a habit that’s not difficult or costly to maintain, something that motivates rather than demotivates.

And that, every now and then, you review your decisions to ensure that your choices are still appropriate to the changing situation. You may, for instance, begin with Duolingo. Continuing with it after the first few months, though, without verifiying whether there might or might not be other, more valid, alternatives, would be doing yourself a disfavor.

For me, using the language, not just studying it, is the key. Like the little Italian girl who speaks English with her mom and dad. And who will, within a year or two, be chatting away like crazy in Italian with a horde of little ‘amici’.

People tell me that they’ll study Italian first (all those verb conjugations, all those tenses!), then use it later on, when they’re ‘ready’. Or they’ll do both at the same time, but with the emphasis on studying, as they have so much still to learn, and of course, they’re in a hurry to improve…

My approach in the last few years has been the opposite. Not because it’s the best way for everyone, necessarily, but because it works for me, adult male, interested in the world around me, not particularly turned on by grammar books.

As far as possible, I try to read and listen to the language (newspaper apps, live radio), and practice speaking it with native speakers.

I’m aware that, given the passing of a certain quantity of time, reading an article in a newspaper, getting the gist of a news broadcast, or moaning about taxes to my teacher, will get easier, more familiar, less intimidating, more profitable, and more fun!

I chose and choose the back-to-front way, knowing that, when the benefits come, they will amplify each other. The reading helps with the listening, which helps with the speaking, which is motivating. And the cycle begins again, the wheel turns.

I read this morning that the Spanish former-king has just had to pay a ton of back taxes, so expect to hear it mentioned on the lunchtime news, but won’t be discussing it in this afternoon’s conversation lesson because my Mexican teacher won’t be interested and because, in any case, I’ll be busy flirting and making jokes.

Only lessons, especially if the focus was grammar, would have predictable, and not necessarily very positive, results. But spending my time reading, listening, and chatting, even if it retards my progress with grammar structures? These three decisions to do things (read, listen, speak), and one decision not to do something, will, in the medium-to-long term, complement each other and propel me towards the point at which I’m comfortably doing what matters, at least to me.

A year or so after starting Spanish, my grammar is not that much better than when I began. But I can get the gist of many articles in El Pais; I’m familiar with the anchors on the lunchtime radio news program, their names and voices, and can understand at least some of what they’re saying; and my weekly thirty-minute conversation lessons are something I look forward to, rather than dread.

Want to be bilingual, but can’t afford (in money, in time, in lost opportunities) a bilingual school, or to immerse yourself entirely in the new language?

Like the mom deciding for her daughter: choose the affordable, sustainable, motivating options. 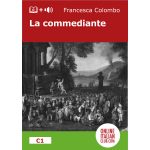 Thursday’s FREE bulletin of ‘easy’ Italian news is ready for you to read/listen to.

I haven’t yet, but I’m definitely going to.