A couple of years ago, I collected some of the best articles that I’d written in the five years the club had existed onto a new page, “Best of” OnlineItalianClub.com, wrote about it in a post entitled ‘A stroll down Memory Lane‘, then promptly forgot it.

This morning I remembered, and found some time to begin updating that ‘Best of’ page.

But wow! What a lot has happened since March 2017.

I turned 50, our Italian school moved premises, my daughter and I visted the USA, I changed Swedish teachers several times, and so on.

And that only gets us up to this time in 2018, at which point I ran out of time.

So I’ll be doing the final 12 months on Friday.

Which should be interesting as, in the last twelve months, we took a trip around Sweden, I’ve been studying Turkish, we began EasyItalianNews.com, I found my inner poet, and so on.

In the meantime, check out the expanded “Best of” OnlineItalianClub.com.

Don’t forget this week’s half-price ‘Ebook of the Week’ offer. 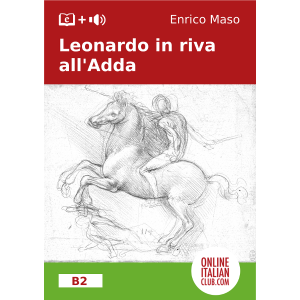 There’s free sample chapter (.pdf) so you can get an idea of the level and length of the material.

Plus ‘Leonardo’ is available in three different ebook formats.

Until now we’ve used .pdf as standard, because we can control the way it looks on your device and because it can be printed.

But now there’s also .epub, which is the open standard for ebooks, and can be read on most ebook readers (EXCEPT the Kindle).

And .mobi, which IS readable on a Kindle.

The formatting isn’t absolutely perfect in either of the new formats, partly because ‘Leonardo’ also has pictures, which are hard to format. But they’re good enough.

N.b. If you want ‘Leonardo’ but would prefer to read it on an ereader, then say so by adding a note to the order form. Or email me separately.

You’re buying the .pdf – the other formats are an extra.